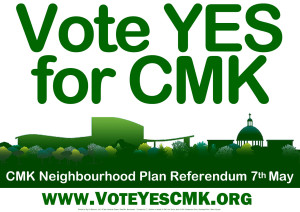 The Yes Campaign officially kicks-off on Monday, 13 April. Join us!  Milton Keynes is holding the country’s largest referendum ever on a neighbourhood plan – AND it’s the country’s first ‘business’ referendum to boot.  (MK still proudly leading the way!)

Supporters are gathering at the Point at 10.20 for a 10.30 photo-shoot with the press. We’ll bring the T-shirts and placards – you bring yourself and friends! 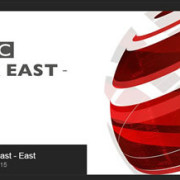 CMK Referendum campaign off to great start
Scroll to top