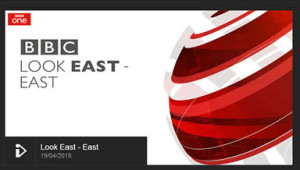 BBC Look East covered the Milton Keynes referendum as their major news story on Sunday News Night.  This is an historic referendum on the country’s first business neighbourhood plan.  The BBC interviewed supporters and local residents of the CMK Business Neighbourhood Plan.

“We need more vitality – more vibrancy in the city centre,” says Tim Skelton, who is leading the Vote Yes CMK campaign. “That’s something the plan is aiming to do.”

And local resident Bob Stones added, “People tend to forget that there are people living in Central Milton Keynes.”

The CMK referendum on 7th May is the largest of its kind in the country.  All residents in Milton Keynes have the chance to shape the future of their city centre by voting YES on the Neighbourhood Plan for Central Milton Keynes.

Tweets by @VoteYesCMK
CMK Referendum campaign off to great start